News
Up to date

Dornbirn, December 28, 2018 – The high-tech company 1zu1 is expanding its office and production space in Rhomberg's Fabrik in Dornbirn by almost 50% to a total of 8,500 square meters. Up to 30 new jobs will be created at the company in the next two years. It is also procuring new machines in the areas of 3D printing, injection molding and rapid tooling. The company is investing a total of six million euros in its current location – the work is already underway.

1zu1’s Managing Director Hannes Hämmerle describes the reason for the expansion: “We are gearing up for the coming boom in additive manufacturing.” Modern manufacturing methods such as 3D printing and laser sintering are increasingly being used for small-series and mass production. Demand is currently growing in the double-digit percentage range every year.

At its existing location in Rhomberg’s Fabrik, 1zu1 will create additional office and production space in two construction phases over the next two years. In the smaller hall, 500 square meters of additional space will be created on two floors. In the larger hall – which the company has leased out to date – 2,000 square meters will be added on three floors. Demolition work has already begun in the areas adjacent to the Spielboden cultural centre.

Opportunities for people with a technical background looking to change careers

The additional areas provide enough space for 30 new workstations. In addition, the ten employees that previously worked in the areas of printing, embossing and injection molding at Haldengasse will move to Rhomberg’s Fabrik. “We offer people who have learned a skilled trade and are looking to change career, as well as skilled workers from the plastics and metal industry, the opportunity to develop their skills in a high-tech environment,” Hämmerle explains. There are additional career opportunities in product management and sales. 1zu1 is also heavily involved in apprenticeship training. Nine apprenticeship places will be allocated in the coming year.

Half of the total investment of six million euros is earmarked for the spatial expansion, the other half for new machines. In addition to the latest generation of 3D printers, the company will also purchase injection-molding machines that can produce parts with very small dimensions – down to around the size of a thumbnail. In the field of machining technology, investments are planned in automation and CNC programming.

At 1zu1, work is carried out in two shifts in some areas, with machines running around the clock. “We are committed to the Dornbirn location with its excellent infrastructure,” says Hannes Hämmerle. However, he also wishes the authorities would make some improvements: “Better bus connections, even at off-peak times, would be important for our employees.” 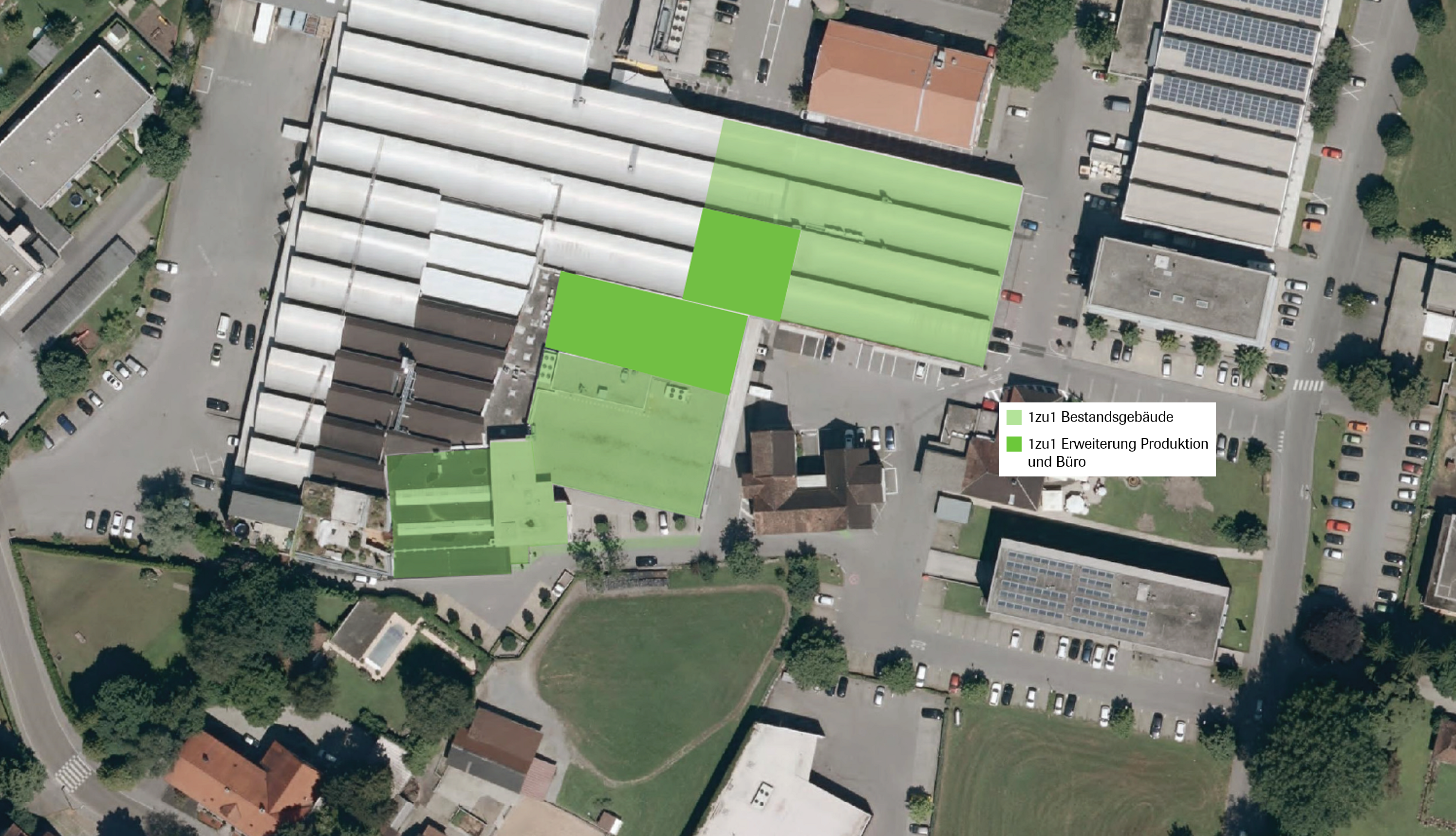